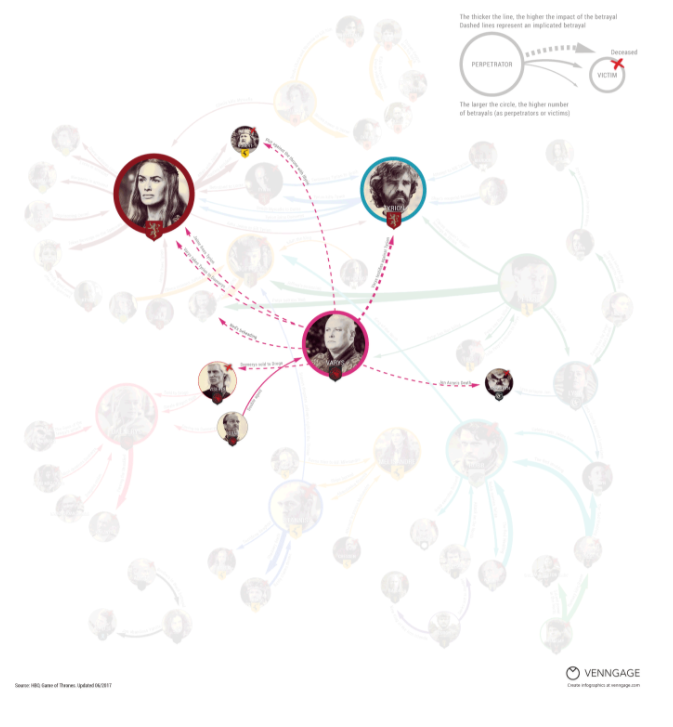 Game of Thrones Web of Betrayal by Venngage

Game of Thrones has a reputation for killing off its audience’s favorite characters. It’s become a running joke and a warning that fans give to new viewers: don’t get too attached to any character, because they’ll probably get axed. Or poisoned. Or stabbed. Or pushed into an abyss. You get the idea.

Seasons will typically wrap up with at least one major death (or massacre) in either the finale or one of the later episodes–y’know, just to leave viewers feeling good.

The point is, there is a lot of murdering and double-crossing in Game of Thrones, and it’s generally in a character’s grab for power. Betrayals between allies are a regular day occurrence in Westeros.

We decided to take a closer look at these acts of betrayal. We wanted to see: who double-crosses who? Which characters gain the most from their acts of treachery? Who rises in power and who falls? What were the relationships between the betrayers and the betrayed? What were their motives? Was it for power, love, revenge, money?