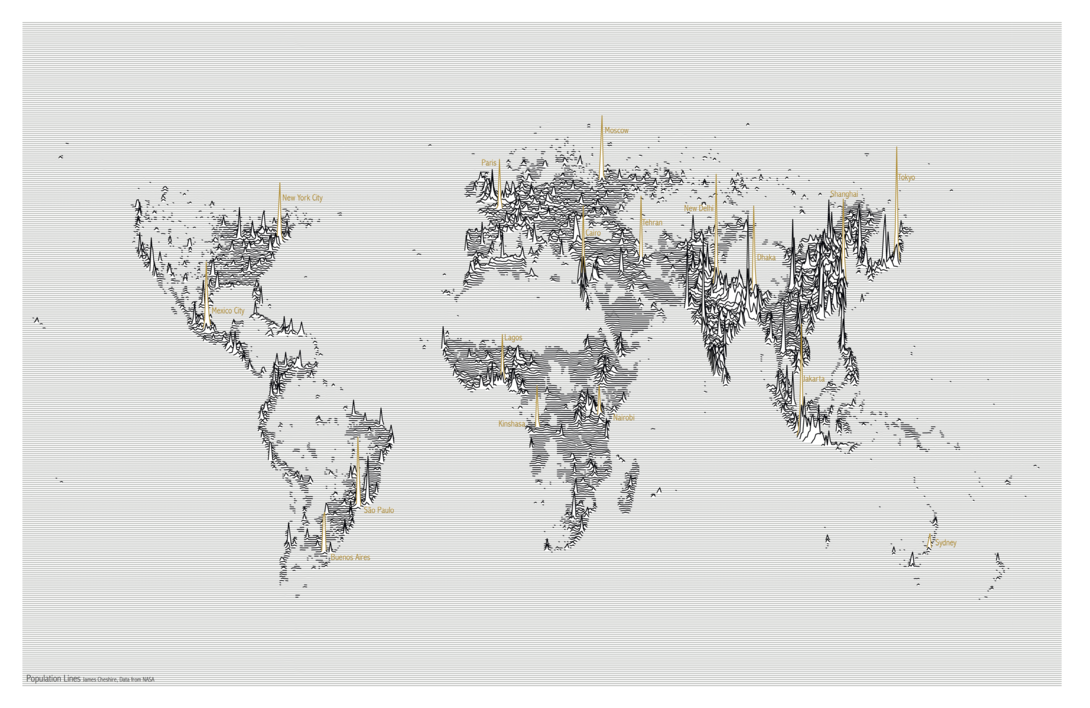 The data used to create this print (produced by NASA’s SEDAC) have been mapped many times before and in many complex ways, but I found something particularly beautiful simply using only black and grey lines across the page. What amazes me about this map (from where I sit in London) is just how jagged the lines become throughout India, East China, Indonesia and Japan in comparison to “the West” – evidence we are firmly in the “Asian Century”. I have labelled a few key cities for orientation purposes but I’ve left off most of the conventional cartographical adornments. I am really pleased with the end result not least because it resembles Joy Division’s iconic Unknown Pleasures album cover, which in itself is a great example of data visualisation as art.