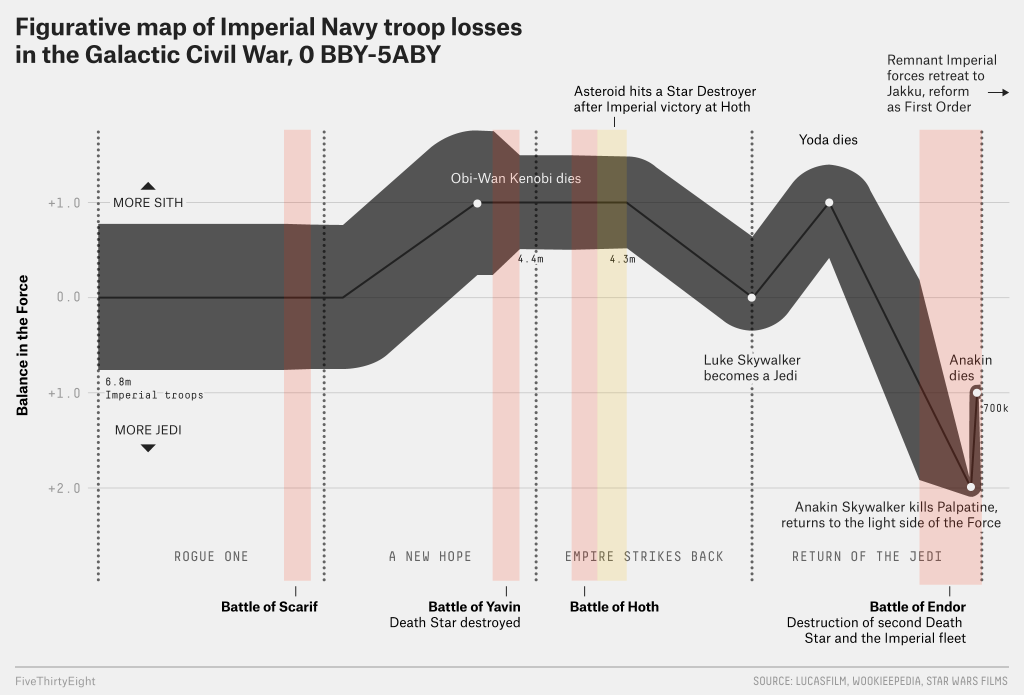 Star Wars in One Chart by FiveThirtyEight

The Galactic Civil War — recently retold in the military history called Star Wars1 — pitted the Imperial Navy, one of the most sophisticated fighting forces in history, against the ragtag Rebel Alliance. The rebels resoundingly defeated the advances of the better-supplied fleet in a stunning six-year guerrilla war. How did this happen? A FiveThirtyEight analysis of the expeditionary force that saw the bulk of the fighting in the main theater of the rebellion — that is, from Scarif to Yavin to Hoth and finally Endor — found that the consolidation of Imperial forces in immense capital ships and battlestations led to catastrophic losses.